Text messaging is the most used data service in the world.
(2017) Eight trillion texts are sent each day round the world and this statistic doesn’t include app to app messaging (WhatsApp and Facebook Messenger combined have more than 60 billion messages sent every day).

Text messaging and instant messaging are two types of mobile communication that are used extensively by modern learners. (Modern learners aren’t defined by demographics, but rather by their habits and their ideas)

One of the funnest interactions in e-learning is the scenario where two characters are engaged in a Text Messaging conversation.

Learn how to simulate "Text Messaging"in your eLearning content

The Open-eLearning Object “SimulSmartphone” can simulate instant messages on a fake mobile phone.

You’ll need to produce scenarios that can be personalized for individual learners.
Use the global variable dialogSmartFN before loading the object to insert the first name of the learner in the dialog.

To help you get started, The plugin has a default example (in English).

Many text messaging apps include a menu of emoticons known as images that you can include in your messages.

Listed below is a selection of the most common emoticons :

Improve students’focus and with text message notifications.
Each message comes with a sound that keeps you focused 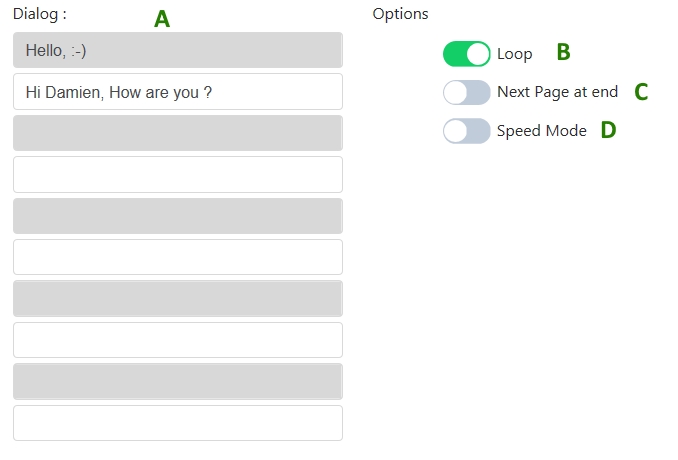